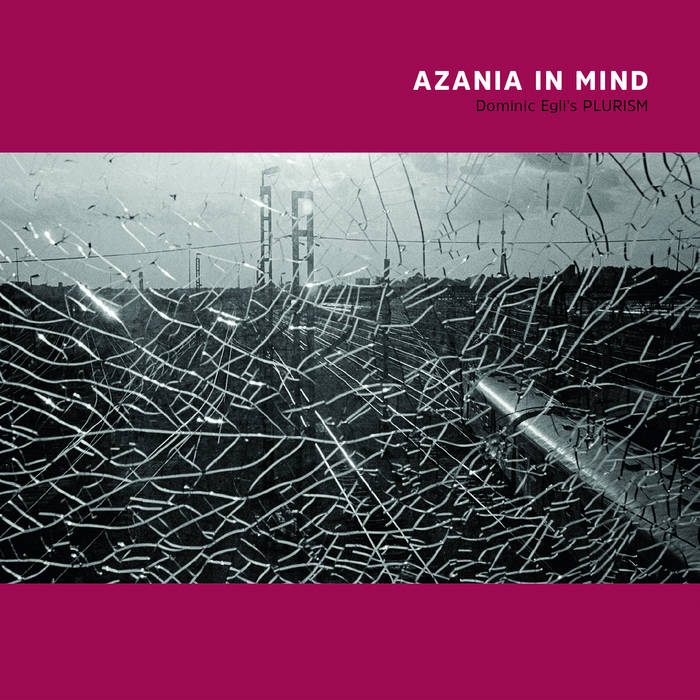 Following FUFU TRYOUT and MORE FUFU!, two releases that pay homage to the great masters of African music, the agile collective PLURISM around the tireless drummer and collector of sounds, Dominic Egli, presents its latest album, AZANIA IN MIND that resonates with stories from the African universe. Known for his raw sensuality, explosive coolness and down-to-earth playfulness, Dominic Egli has again gathered around him his dream line-up Ganesh Geymeier (ts), Raffaele Bossard (b) and the renowned South African trumpet player Feya Faku, with the expressive South African singer Siya Makuzeni joining the group on three tracks to create song-like melodies, complex and driving grooves and erruptive solos. PLURISM blends elements of African music cultures, collective improvisation and individual musical statements into a coherent sound and a colourful call for a decolonised encounter with the African continent, its people and its cultures.

„The name 'Azania' has a dense history in Africa. The contemporary understanding of the word stems from the liberation movement of South Africa. Freedom fighters in the pan-Africanist tradition have repeatedly called for the country to be renamed Azania - the land of the blacks. Dominic Egli’s PLURISM with Feya Faku and special guest Siya Makuzeni: AZANIA IN MIND is laced with a rootedness in history. From the dexterous vocals by the multi-talented singer and trombonist, Siya Makuzeni, to the hauntingly rich trumpet playing by Feya Faku. As the leader of the band, Dominic Egli is both thoughtful and carefree, grounded and uncontained, colorful and expressive. Egli's Azania In Mind has an envious cohesion. It has a sound booming with heritage, vigour and love. It carries the weight of the name 'Azania' in its liberated exploration of sounds and voices of the land of blacks.“
Zimasa Mpemnyama, Cape Town

All compositions by Dominic Egli, Poem "An African Elegy" by Ben Okri"

Dominic Egli's sound aesthetics is rooted in tradition, which together with his stylistic diversity and melodious communicative approach to improvisation have made him a musician who has accompanied both international stars and numerous creative bands from Switzerland. ... more

Bandcamp Daily  your guide to the world of Bandcamp